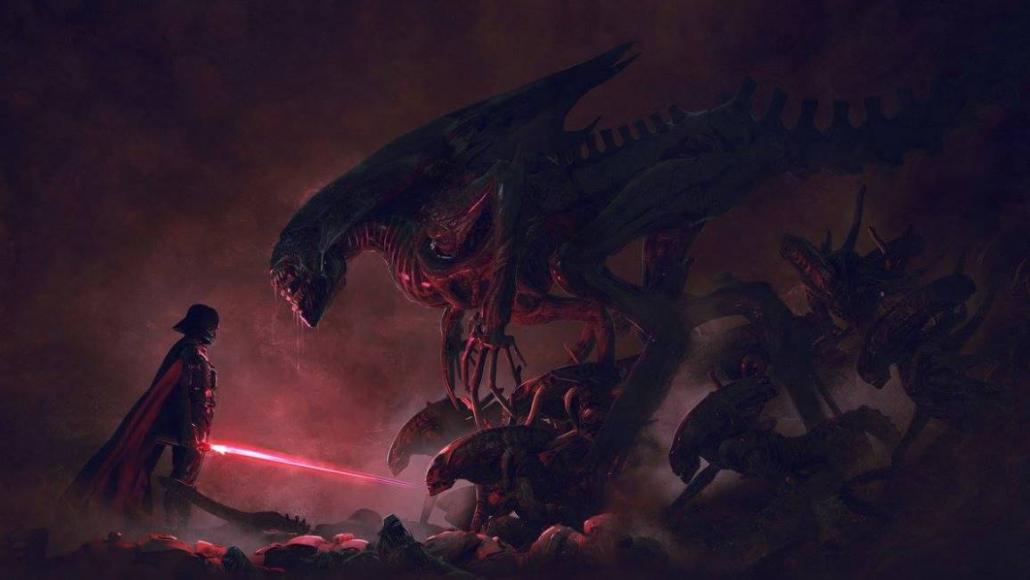 5 Xenomorphs – the deadly creatures from the Alien franchise – have infected stormtroopers aboard an Imperial II Class Star Destroyer from the Star Wars Universe. Making things worse, one of the creatures will grow into a Xenomorph Queen:

one of the most fearsome science fiction beasts ever created. Will the Imperials finest be able to repel their Alien foe? This match will have two rounds: in round one, it’s the 5 Xenomorphs against the Imperial II Star Destroyer and its crew; in round two, the Imperial II Star Destroyer and its crew also gets access to the Sith Lord Darth Vader! Xenomorph vs Star Destroyer. Alien vs Stormtroopers. Xenomorph Queen vs Darth Vader. Who Would Win? Find out on today’s episode of Alien vs Star Wars: Who Would Win. As I mentioned, a Xenomorph is an incredibly deadly creature – they have acidic blood, are incredibly strong, and are very fast. The Queen even more so – she’s huge, lays eggs, and doesn’t take any crap. The Imperial II Star Destroyer carried 10,000 Stormtroopers, along with tens of thousands of other workers and officers. Darth Vader, Lord of the Sith, is a master of the Force, and one of the most fearsome forces in the Star Wars galaxy. Link video (Youtube channel: EckhartsLadder):