TEDx Honolulu has partnered with Showdown In Chinatown on a short film challenge. ‘Immerse | journey’ was one of five films screened at the 2016 TEDx Honolulu Conference at the Neal Blaisdell Concert Hall on Saturday, July 9th. The challenge was to create a film short of five minutes or less in the film format of a visual narrative: “Hacking The Flow.” What is “Hacking The Flow?” Imagine for a moment that you can stop-motion a creative mind, take a walk in the cerebral courtiers and storyboard what happens to individuals when they begin to wake the transient hypo frontally and get into the “Zone.”

Hacking Our Flow in ‘Immerse | Journey’

We both decided to interpret “hacking the flow” as deconstructing a fresh whirlwind connection: Ours! ‘immerse | journey’ is a short film that communicates the very beginning of a connection that is based on mutual terms of what two people want out of a relationship. Which, was actually happening as we created this short film (footage of only date #5!). This short film was us exploring our own excitement, discover and even apprehension in the beginning of “what we have.” We were documenting our own navigation of fears of the inevitable hurt that accompanies the “L-word.” We found this opportunity as a new path, discovering our deeper connection beyond what could have just been a lustful ephemeral romance through collaboration. The film presents our state of surrendering of fear and jumping into it: immersion. All the while, we are attempting to balance our desire to continue our own independent paths of self-discovery: journey. The success of this collaboration gives our whirlwind a significant amount of bearing. We’re figuring out “what we have” and how it could be/ probably is/ is the real thing as the story of hacking OUR flow: the flow existing in an ecstatic state created by collaboration. 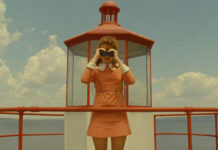