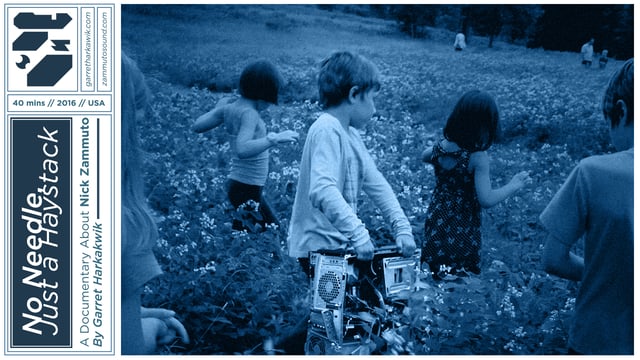 Nick Zammuto spent over ten years as one half of the popular indie band The Books, before the group split up in 2012. ‘No Needle, Just A Haystack’ is a new short documentary that follows Nick and his family as he launches a new band and reflects on his unusual path to becoming a musician.