To purchase the entire Summit Lecture Series, Vol. 1 on DVD, go to: summit.org.
If we just had to understood who God is, that would be difficult enough.
It’s one thing just to help people get things straight about who God is, but then you now have to do it a culture that historians and sociologists call the Information Age.
Living in the Information Age changes the entire context of how we understand the world, ourselves, and God.
We live in a culture that’s very, very noisy.

You see, when my grandmother, who lived in the panhandle of Nowhere, West Virginia, was alive, a telephone was something with a wire attached to a wall, that could be used to reach an operator who would then connect the call for you. A phone to my kids is not even something used to make a call. They use it to play games. In fact, a couple months ago I gave my phone to my daughter so she could play a few games. 30 minutes later, she had updated my Facebook profile twice.
She was 6 and I had never shown her Facebook.
The first post said, “Mommy, I love you. -Abigail.”
The second said, “Daddy, you have fat feet.”
Now all my kids know about Facebook, so whenever I post a picture of them they’re always asking, “How many likes do I have?”

So this is the world that we all live in today. You’re being bombarded with information ever minute of every day.
That being said, the Age of Information is an age of competing ideas, and what you need to understand about information is that it’s not neutral. Information is never neutral.
Every single time you get on the internet, you have more information than all the previous centuries of the world combined at your fingertips. There’s about 500 megs of information added to the internet every single year for every single person on the planet.
That’s a lot of information.
As I said before, information is never neutral. Information is trying to tell you stuff about life. Sometimes the information is pretty trivial, but sometimes the information you get is actually wrestling with the deeper questions of life: Does life have meaning? Where do I come from? Am I different than the animals? What makes me human? What is right and wrong? What happens after I die?
These are what philosophers call the “Ultimate Questions”.
Animals don’t ask these questions; this is a human thing to do. All animals care about are: where are they going to find their next meal, where will they find their next nap, and where they are going to find their next mate.
But, humans ask the bigger questions of life!
Take, for instance, the history of philosophy and philosophers like Jean Paul Sartre, who said:

You can also look at this quote from Woody Allen, who always includes philosophy within his films:

“More than any other time in history, mankind faces a crossroads. One path leads to despair and utter hopelessness, the other to total extinction. Let us pray we have the wisdom to choose correctly.”

Even Lance Armstrong had an idea about the meaning of life… Life is short, it’s better to win.”

Now that’s obvious when you look at a guy like Michael Phelps or Michael Jordan, or before getting busted Lance Armstrong. But that’s also the worldview of guy named Bernie Madoff. He wanted to win in the financial district, so he set up a ponzi scheme and stole millions upon millions of dollars from people.
It was also the worldview of Adolf Hitler. He believed that life was only about power.

“In college, I went from being a Catholic to being non-denomination to being a Christian, but now I just want to believe in a higher power. That’s a good way to live.”

However, it DOES matter what you believe because the ideas you believe have consequences! 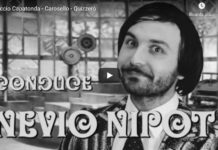 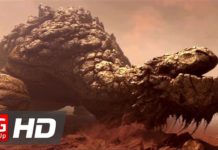 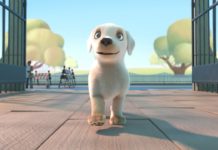