“[O]ur existence flows, like an impossible river, in two directions: from the endless mass of names, places, creatures, stars, books, rituals, memories, illuminations and stones we call the world to the face that stares at us every morning from the depth of the mirror; and from that face, from that body which surrounds a centre we cannot see, from that which names us when we say ‘I’, to everything that is Other, outside, beyond.” (Alberto Manguel, “The Library at Night”, pp.230-231)

The idea of an “imaginary museum” – whose collection would exist only in the space between the covers of a book; and whose exhibition would then consist of the juxtaposition of photographs and text – was famously advocated by André Malraux in a decades-long project of his own. Such a “museum without walls” would not be located in time and place architecturally, but rather by means of publication. The series of short films presented here – that record an exhibition of works from the Ivory Coast held at the Musée du Quai Branly – echoes this idea of a museum by publication, albeit through the contemporary medium of the internet and with a different curatorial concept. Although each film in this double triptych, The Utopian Body (in both French and English versions) and Masters of African Art, is slightly different, each appears to be the same. This play of variation, between repetition and difference, exposes a seemingly arbitrary relation between word and image (although not between sound and montage). This dynamic play is a key to the curatorial concept, which would be more manifest if the films (as is intended) were visible simultaneously, whether as an installation or as a website. Part of an ongoing research project into the ethnographic museum of modernity – in the double sense of a museum that belongs to modernity but also to which modernity itself belongs, presenting screen-memories of colonialism – these possibilities of exhibition (and their politics of “walls”) are, for the time being, in the future. Nonetheless, in this virtual, video museum, what is the “knowledge” that animates or inspires the recognition of corporeal images? How is the material culture of the gaze – whether by means of a mask or a camera; whether animated by dance or by editing – made visible through the voice? Where neither the object nor the word is identical with the image or the voice, what is the time of this gaze, in the space between the seer and the seen? In the work of comparative possibilities (which might also be called fictions), where images do not illustrate a concept (of the body or of history, for example) but evoke the ethnographic present (in metropolitan museums and their exhibitions), what can be made of an art of seeing? The old question of relations between the visible and the intelligible finds no specific answers here, but is at least posed anew. How, after all, to engage with the challenge of the work, as proposed here by Mamadou Diawara? “Since the object is more complex than what meets the eye, the challenge is to find an equally sophisticated way of representing it. The object, as invented by anthropologists, museologists and gallerists represents an idolatrous concept. Jettisoning the primacy of aesthetics and working more on historical anthropological aspects is essential, since the object of knowledge must not be reduced to the visual.” While these films will be added to over the next couple of years with material from different contexts, it is also worthwhile to recall here the variety of Western interest in (or exploitation of) the Ivory Coast – as not only a region of great cultural richness but as, for instance, a dumping ground for the West’s toxic waste: theguardian.com/world/2015/jul/23/uk-authorities-lack-resources-to-investigate-trafigura-over-toxic-waste 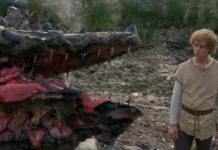 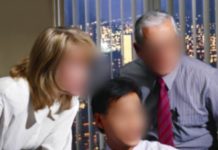 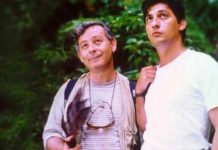 Pulp Fiction with a Cat – video